Six Reasons Why You Should Go Vegan 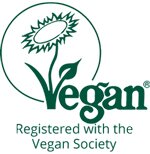 They might say that ignorance is bliss but this is not always the case. With more than 150,000 people in the UK today choosing to go vegan, perhaps it’s time we learnt a little more about this lifestyle option.

Whatever you think about vegans and diets there are some really strong reasons to give it a try. We’re proud to be involved in a growing UK community of vegans and we hear all sorts of stories and reasons behind people’s choices.

Here are just six reasons to give veganism a try…

1. Go vegan for the animals…

It’s a popular misconception that if ‘just one person’ gives up animal produce, then it will make barely any difference on a global scale. But this couldn’t be further from the truth. According to VeganOutreach.org, by going vegan, every person can spare around 50 animals a year. Whether you love animals or simply believe in cruelty-free meals, then animal-free is the way to go.

2. Go vegan for the people…

Choosing a vegan diet is much kinder to the environment. The land and crops needed for a plant-based diet require just a third of the land needed for a diet with animal produce. In our over-populated world where global hunger is a crucial issue, a vegan diet is the friendliest choice and a key part of sustainable living.

Meat is often packed full of additives and chemicals and is one of the most common sources of food poisoning. Many animal products are contaminated and research has shown that too much animal protein in your diet can put excess strain on the organs. By contrast, a balanced vegan diet is rich in antioxidants, high in fibre and low in saturated fat. Packed with essential vitamins and minerals a diverse vegan diet provides enough protein to meet your recommend daily allowance.

4. Go vegan because your body will thank you for it…

Not only do vegan diets have a whole range of health benefits but cutting out animal produce also means you’re far more likely to shed any excess weight. Vegans, or those who significantly cut their intake of animal products, weigh on average 20 pounds less than meat-eaters. They also have a lower risk of contracting diabetes, obesity and a number of cancers.

By adopting a plant-based diet with much less cholesterol and fat, you can also expect an increase in energy levels, as well as better hair and clearer skin.

Avoiding animal products is one of the most effective ways that we can lower our carbon footprint. The production of meat and other animal products puts huge pressure on the environment with vast supplies of grain feed, for example, acting as a significant contributor to the issue of deforestation. The meat industry accounts for almost a fifth of manmade pollution and comes out ahead of transportation in its harmful impact on our planet.

Contrary to what many people might think, vegan diets don’t need to be boring and they don’t need to lack variety. And the desserts are good too! When Chocolate Orange Pud is on the menu, there’s really little reason to complain. At the end of the day, what’s the harm? Just try going vegan for a month and see how much better you feel.

Are you vegan or considering it?

We’d love to hear why you’re vegan and what it means to you. Or tell us how you’re planning to make the change to veganism.

3 Responses to Six Reasons Why You Should Go Vegan 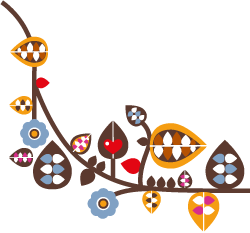